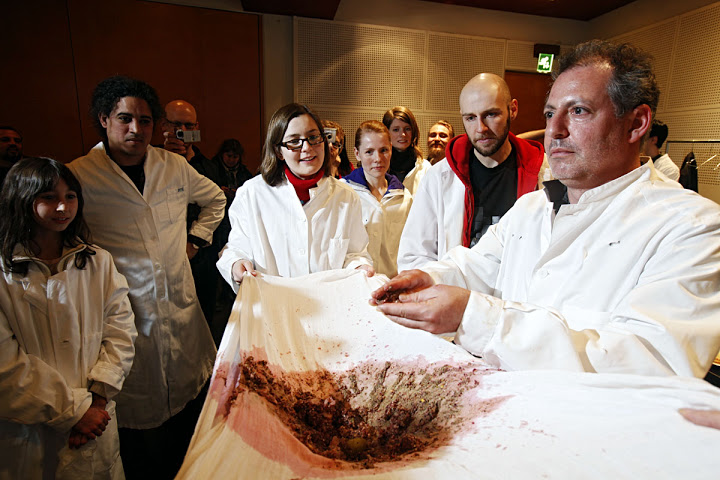 It's time to go overground and make a special Pixelache announcement. Time to recognize persistance of the DIY bioart imagination, and in particular, Adam Zaretsky's..

During his Hybrid DNA Extraction Workshop that took place on 27th March during the Pixelache Helsinki 2010 Festival, he proposed that what the participants were making - new media based on new DNA organic combinations - could be donated to the Kiasma Museum of Contemporary Art collections. It took a while to negotiate the donation and make it a priority, but it has been a quiet fact since January 2012. Kiasma has been looking after, caring for, and preserving what we understand is it's first bioart work, as part of the Finnish National Galleries Collection: Look at the archival entry in the database, view the donation certificate and check out the excellent video documention and rest of the photo documentations to get a sense of what happened, and what was archived or not.

Credit goes to Ulla Taipale, the one who insisted Zaretsky comes to Finland for the Herbologies/Foraging Networks programme which we (Ulla and I, Andrew) co-curated and co-produced in that year's (2010) Pixelache Festival programme, with support from Kultur Kontakt Nord Art & Culture Production and AVEK grants. Kiitos paljon Leevi Haapala, who at the time was curator, and now is the Director (!) of Kiasma for helping to make it happen, and agreeing that now is a good time to publicly make an announcement.

In the past 6 years, the Finnish Bioart Society has also developed nationally and internationally from strength to strength. As members of both associations - Pixelache and the Bioart society - we hope that the Finnish art-loving public and international visitors can appreciate sometime the effort involved to make new bioart 'media', but also the effort involved in keeping it from getting further invested in bacterial-mould. Pixelache is delighted to finally get this 'secret archive work' off it's collective chest, and wishes to celebrate the occasion in arranging a visit to the preserved artwork in the Kiasma archives in late April (time-date to be confirmed).

Expressions of interest to attend visit to Kiasma archives or more story-juicyness in english, please write to andrew [-at-] pixelache.ac. For a Finnish statement on the topic or announcement please contact ulla [-at-] capsula.org.es 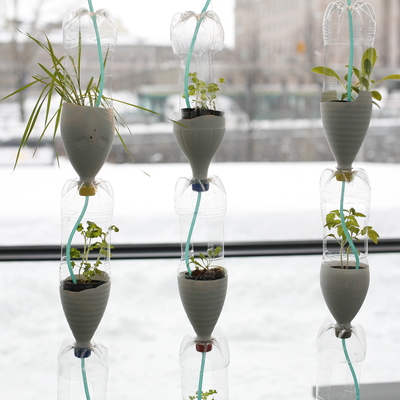 The Herbologies/Foraging Networks programme of events, focused in Helsinki (Finland) and Kurzeme region of Latvia, explores the cultural traditions and knowledge of herbs, edible and medicinal plants, within the contemporary context of online networks, open information-sharing, biological andhydroponictechnologies. The traditions of finding and knowing about wild food in the local Nordic environment are slipping away from the current generation. How can one attract their attention: With books, online maps, workshops, mobile-guided tours, open-source information or DNA code? Or learn how to...
Read more
Herbologies/Foraging Networks
Read more