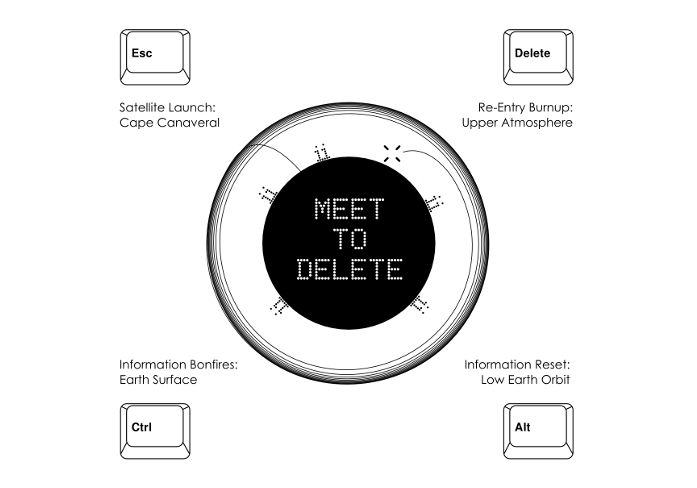 New Zealand based artist-hacker Julian Priest‘s latest project is an orbital artwork called The Weight of Information, based on a pico-satellite was originally scheduled for launch on March 30th, to orbit the Earth for 3 weeks before burning-up on re-entry. It was finally launched on April 18th.

Pixelversity 2014 celebrates and engages with this endeavour as part of its ‘infowork’ thematic. We will arrange one of the related ‘Meet to Delete’ events taking place during the pico-satellite’s orbit-time and so life-span, inviting a group of people together for a bonfire party to delete information in solidarity with the satellite. Julian Priest will provide satellite tracking through a simple website, and request a matchbox of ash as documentation (we must be careful not to create too much information).

We meet up at Pixelache office (Kaasutehtaankatu 1) in Helsinki on 5th May at 17.00.

The 2cm x 2cm low-cost autonomous satellite will be launched as part of Zachary Manchester’s Kicksat project into low earth orbit. The satellite will be launched from Cape Canaveral on ISS resupply mission CRS-3 along with a cloud of ~ 200 identical pico-satellites. It will orbit The Earth in an intentionally decaying orbit for approximately 3 weeks before burning up on re-entry. During this time it will transmit information from it’s on-board accelerometer and magnetometer back to listening stations on Earth. Changes in the orbit the satellite’s informational state transmitted to earth where they will be visualised in Earth based artworks. ‘The Weight of Information’ project is kindly supported by Creative New Zealand. 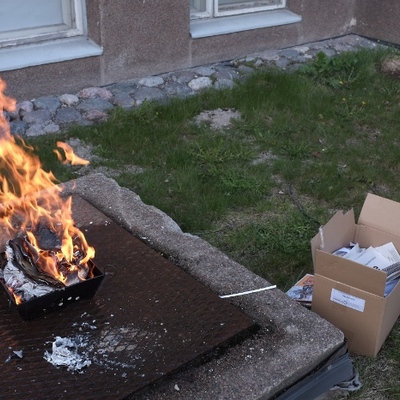 The 'Weight of Information' Meet to Delete event of the series took place on Monday 5.5. outside and at Pixelache office. As Owen Kelly reported: We "gathered some old Pixelache documents outside the office and solemnly light a miniature bonfire". We went back indoors and slowly deleted some data from our laptops and tablets.. We tried to follow the advice of deleting more data than producing. Here is the report we sent Julian Priest: Deleted (3 different approaches).. 1. Erased 40 photos (RAW+jpg) approx 30mb per photo = 1200MB taken 26 photos (RAW+jpg) 2. Erased data from files: 673.5MB...
Read more
Project: Infowork 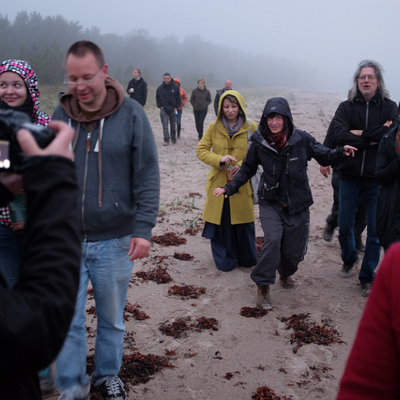 As the continuation of an archiving process that started a couple of years ago, and as an exploration of peer-production tools, Pixelache is organizing a series of open sessions focusing on how to archive Pixelache's ~30,000 photos from the past 12 years. These sessions are called Photo Tagging Amoks and are led by Pixelache's all time photographer Antti Ahonen. Have a look atour progress so far. Next month's Photo Tagging Amok event, featuring a pot of Antti's soup, will take place on Wednesday 12.2 atPixelache office. The two first Amoks have focused on 2013 pictures, and the series on...
Read more
Post: Polymer Scrap and the Limits of the Virtual Body 72 hour live online 24-26.1. 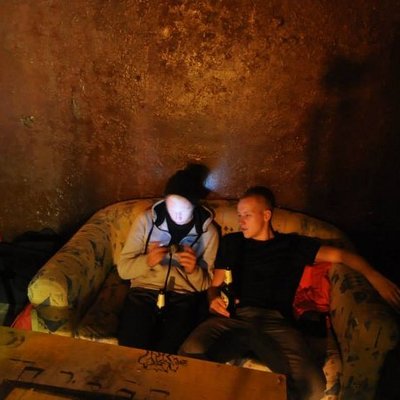 Friday to Sunday 24-26 January 2014, Culture Factory Polymer, Tallinn. You have heard the rumors about the mysterious disused Estonian toy factory; now hear the true story from the real people who occupy the longest running autonomous culture initiative in the former East Bloc. “For six winters Culture Factory Polymer has been studio, home, job and community.. I could tell the story of Polymer for three days straight,” says Eero Dinero who will maintain a continuous 72 hour narrative about what happened in Culture Factory Polymer in Tallinn Estonia. 72 things in Polymer embedded with...
Read more