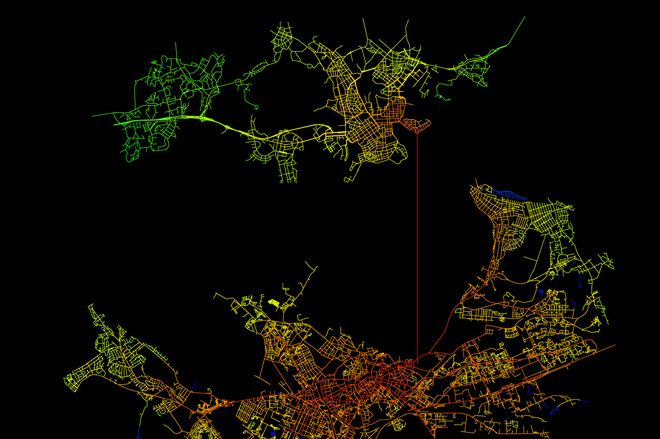 This keynote presentation is concentrating on the connection and communication between two capital cities Tallinn and Helsinki, both located in the Baltic Sea Region and separated by 78km distance between them. This presentation will offer a unique opportunity to peek into the most mobile unit of Talsinki/Hellinn for just one night. For the first time a public Tallinn-Helsinki twin city presentation and discussion will be held on “common ground”, an in-between place – the ferry.

Since Estonia regained its independence in 1991, the connections between the two countries and capital cities have intensified. The physical distance between Tallinn and Helsinki has almost disappeared due to the intensive traffic and communication flows. There are more than 7 million trips made between Tallinn and Helsinki in a year. As Tallinn has become a Nordic gateway and transit destination for Eastern riches and Helsinki locates close to a technology hub, in the land of Nokia and Angry Birds, then one could easily envision these national capital cities forming a single functional entity.

The future of city pairs reaching towards each other has been a topic of lively yet somewhat episodic discussion since the early 1990s, with persistent talks about a twin-city as well of viewpoints emphasizing strong interaction without twinning. There have also been ironic speculations about whether the city pair should in future be called Talsinki or Hellinn. One persistent topic that has evolved in connection with the plans of cross-border cooperation has been the undersea tunnel, meant to be uniting and further integrating the two cities. While Talsinki is a reality for tens of thousands of regular commuters and a inspiration for dozens of scenarios, visions and research projects, it remains to be an intangible and under represented entity – like an urban legend believed by some and ignored by others. This presentation will introduce the story of Talsinki/Hellinn through the perspective of conflicting narratives derived from our fellow passengers and a variety of research projects to search for new opportunities for the future of these connecting cities.

Spatial Intelligence Unit is a research group focusing on human abilities to comprehend, analyse and conceive spatial structures. Space and structures are analysed at scales where human interactions are perceived and can be studied. Established as a anthropocentric discipline, our approach considers spatial modifications as an outcome of human actions and interactions; vice-versa it also studies how spatial structures are influencing humans and their behaviours. Our background and experience in urban and regional planning will be expanded towards an interdisciplinary approach, in order to swell our range of research questions and bring different academic fields under one body of expertise. By opening our practice to art-research and design, we mean to approach also research questions what can be explored only by debate or practice.

Kristi Grišakov is PhD researcher in the Aalto University School of Engineering, Land Use and Urban Studies Group. She has B.A. in Art History and M.A in European Urban Cultures. Her current research topic is looking into the use of digital tools in the process of planning border­crossing regions of Europe, in particular Helsinki and Tallinn. Scientific interests also include Future Studies, specifically scenario planning for urban areas. Additionally to running courses in Aalto University, is also coordinating a master course in European Urban Cultures (POLIS) in Estonian Academy of Arts, Department of Architecture.

Project: Signals from the South

Signals from the South is an ongoing project of Pixelache that seeks to bring cultural projects (art, activitism and other) from‘the South’. In the past this project has focused onSouth America, Africa, Asia, and even Estonia, and has featured a wide variety of art exhibitions, installations, residencies and seminars.
Read more
Post: Signals from the South
Lens Politica festival is currently going on in Helsinki, featuring Self-organising in Latin America film program and much more... Meanwhile in Colombia - Erik Sandelin wrote a report from the first Pixelazo workshop in Medellin (the main Pixelazo event is coming up in June 2007)...
Read more
The Digital Ghost of Resistance Monument
Let's commemorate the Resistance Monument that was never realized in Coroa Vermelha, Brazil by creating a digital memory that is acceccible online! This call for open and collective project is part of Mikko Lipiäinen'sPatxohã Tech process.
Read more