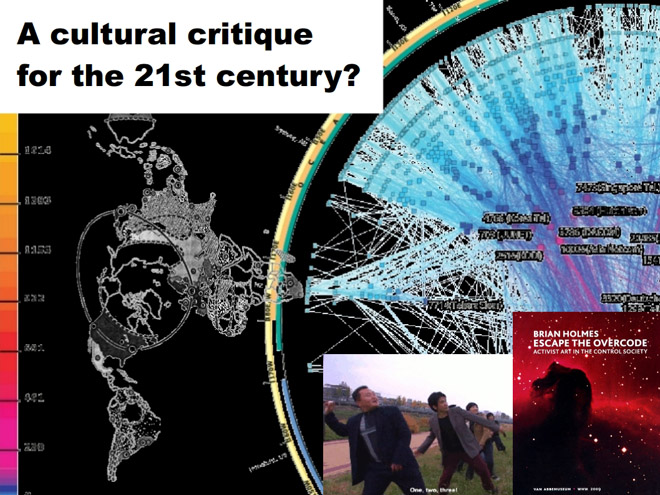 In this edition of HIAP Talks, the American writer and activist Brian Holmes is invited in partnership Helsinki’s Pixelache festival. Holmes sets out to construct a psycho-social critique of the globalized neoliberal system. Taking the Frankfurt School and French philosophers such as Michel Foucault and Félix Guattari as his point of departure,

Holmes lays the basis for a new cultural critique, networked and multiple, anchored in intimate territories and open to the interplay of geographical scales that characterize world society. He sets out to create a syntheses of negative and affirmative critiques, something often considered impossible. As part of this new critique, Holmes also analyzes the role of artistic invention.

Brian Holmes’ HIAP Talk will exceptionally be held in a different venue. The space in Pajasali is also on Suomenlinna, but on the first island of Iso Mustasaari (where the ferry arrives). Please check the map.

The ferry leaves from Helsinki’s Market Square at 5.20 pm.